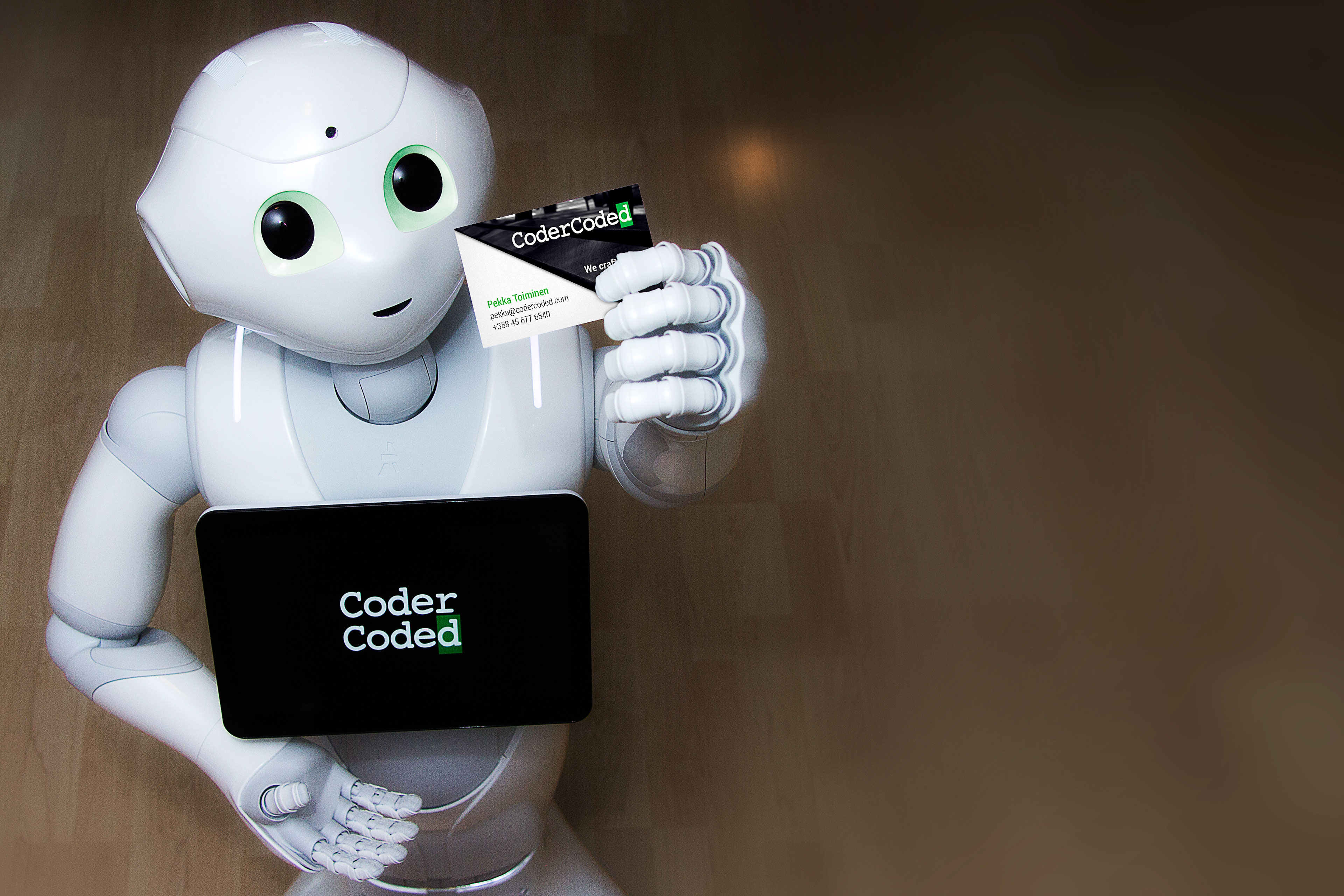 Pepper is the most advanced humanoid robot currently available

Need an app for Pepper robot?

We are proud to announce that we have become the first Finnish company to join the SoftBank Robotics Pepper Partners Program. We are well underway in developing our first apps, and we have been getting acquainted with our development unit for some time now.

Pepper robot is a human-shaped robot developed by SoftBank Robotics Europe. Its main application areas are based on human-robot communications and interaction. Pepper is a sympatethic and easily approachable humanoid robot that is currently used in customer service and households, for example. Initially, the robots do not have any applications in them, which is why developer partners are needed to develop the actual apps. At the time of writing, there are three Peppers in Finland alongside Coder Coded’s development robot.

Our goals regarding Pepper

In June 2016, the Finnish government outlined the use and development of intelligent robotics in Finland as one of the central objectives of the government program. Coder Coded’s goal is to advance the engineering knowledge of consumer oriented robotics application development, and to develop applications that will promote the adoption of Pepper robots in Finnish markets. Naturally, we also aim for international customers through the Pepper Partners Program.

Coder Coded Inc is a Finnish IT-startup, which employs three persons. We have previously done e.g. exhibition installations for the Finnish science centre Heureka, as well as large customer projects for Finnish startups. We experiment by mixing modern web-technologies with the latest technological innovations. Thus, Pepper fits tremendously well to our development stack.

This blog is for posting news about our work and stuff we encounter during hacking.